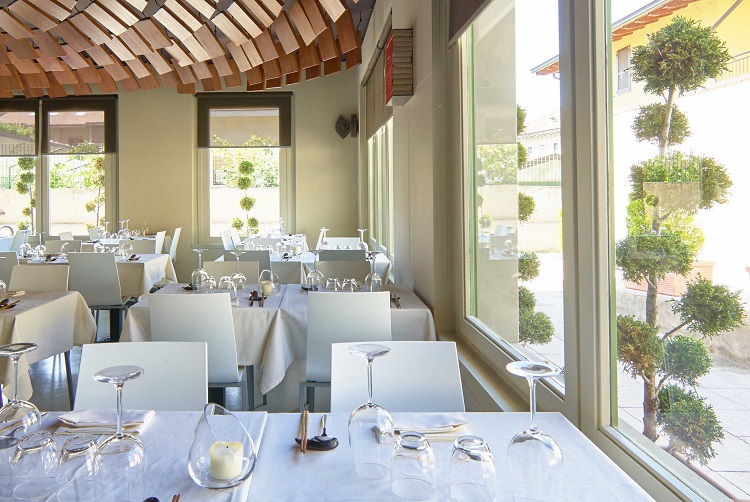 What does eating Chinese mean? Really Chinese, though. Let me tell you: few know it.

Forget spring rolls, Cantonese rice (which is not even a Chinese dish) and similar dishes, which in recent years have become a sort of label for these ethnic cuisines.

The real Chinese is another matter entirely. Raw materials arriving from the eastern market, yes, but of the highest quality and cooked with techniques almost unknown to us.

At Kanton Restauant in Capriate San Gervasio, Chinese cuisine is serious: you can taste one of the (few) real Chinese cuisines in Bergamo and in the province.

Merit of Weiku Zhu , a young chef born in 1987 who over the years has developed a new concept of cuisine, while remaining faithful to the tradition of home: his mission, which he himself calls “The kitchen you don’t expect”, above all wants to unhinge the most common stereotypes related to Chinese cuisine relying on research and experimentation, thus merging ancient Chinese cuisine and its millenary recipes with cutting-edge cooking methods.

Forget, then, red lanterns, almond chicken, dragon clouds and all kinds of preconceptions you know about Chinese cuisine. And forget, above all, the “all you can eat” and “take away” formulas in which quantity overhangs you learn quality.

Done? Then you are ready for the Kanton Restaurant.

The interior of the Kanton

The restaurant in via Gramsci – completely renovated in 2014 – is beautiful, refined and well-kept. Nothing to do with the many Chinese restaurants that we are used to seeing in every country now.

Duck in the fiery orchard

Weiku Zhu behind the stove proves to be a true champion: he combines his own cultural techniques, such as wock and steam, and combines them with more avant-garde methods such as sous-vide or nitrogen.

The result? Absolutely excellent dishes such as the pork ribs with three spices, the potato and mushroom and chicken crust meatball, the bag of Jiutsai chives in double cooking, the flavored soy strips and squid. And what about the duck in the burning orchard?

Dishes, these, which are all detailed and meticulously explained before each tasting by Zhu and his wife, in a story that involves and fascinates.

The prices of the menu are mid-range, absolutely in line with the quality of the dishes offered. Indeed, it would almost be said that 10-15 euros more on the final bill would not even turn up their noses.

You can find appetizers that oscillate between 4 and 8 euros, while for a first course a maximum of 15 euros is spent. For the second courses of meat and fish they serve an average of 16 euros.

Tastings from 42 to 45 euros and the opportunity to taste the wonderful lacquered duck of historical fame, but only by reservation.

The ritual of tea at the Kanton

The enormous tea list deserves a special mention, an added value of the Kanton: for those who decide to dine here it is absolutely recommended to avoid the wine to be guided in the vast world of tea by the chef, who will advise you on the basis the dishes chosen to create the right balance of flavor and taste.

Foods That Aid in Calming the Mind (Reducing Stress) and Body

WHY ARE SPANISH FOODS SPECIAL?